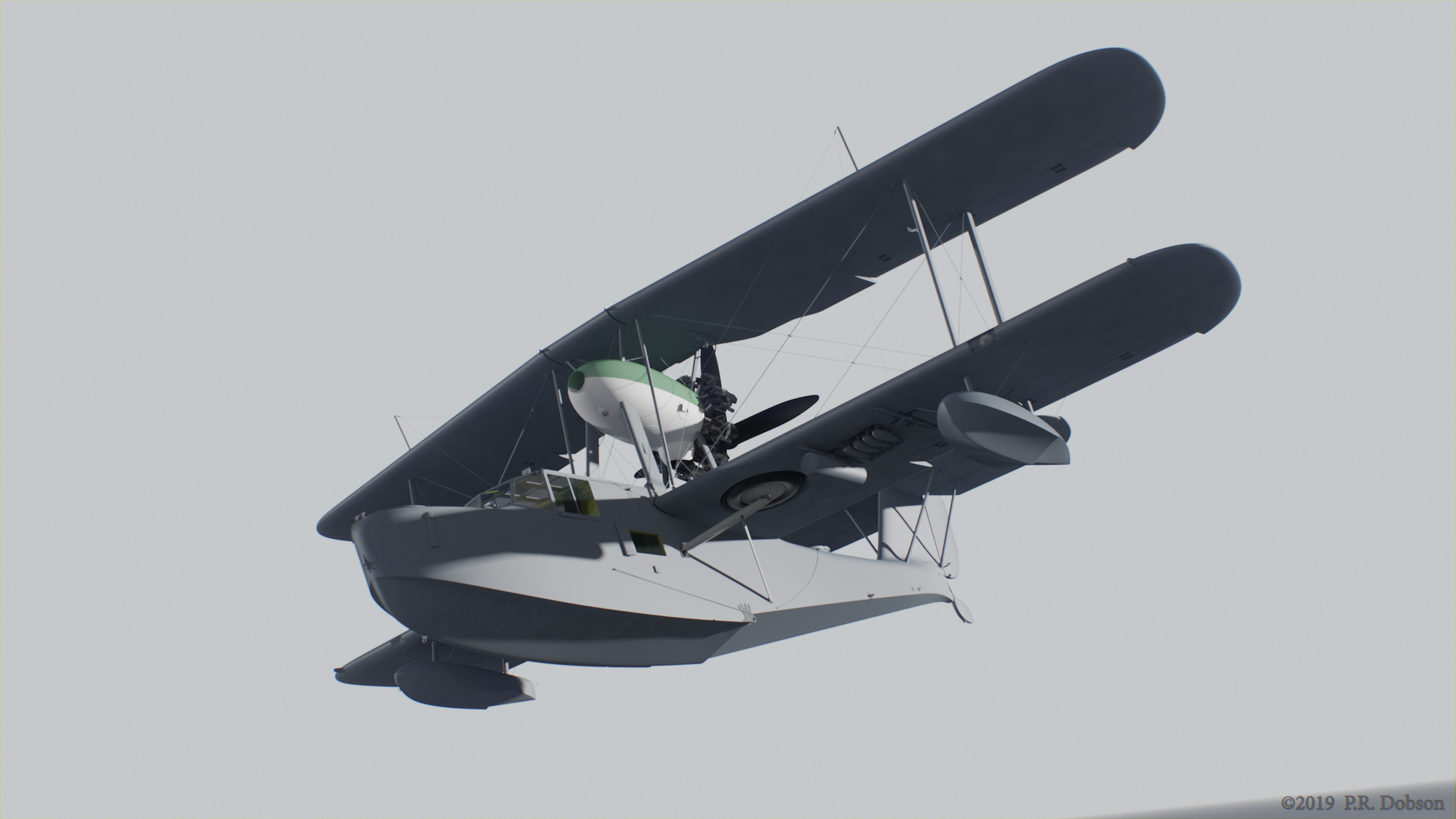 Modelling work on the Supermarine Walrus Mk.I is now complete! This took a lot longer than intended – as ever, real life gets in the way. I have gone into far more detail than is necessary for this, but I figured that if I was going to make this thing, I may as well do a thorough job with it. Internal detailing is mostly rudimentary, but fairly well developed where visible from outside, like the cockpit.

Talking of the cockpit – this seems like as good a place as any to pick up from Part 1. There are two or three preserved Walruses around the world, so references for much of the interior is actually fairly abundant.

I haven’t included everything, and I’m sure I’ve made a few mistakes here and there. Some of the dials are from the Spitfire rather than the Walrus – they were the closest match I could find; hopefully the same manufacturer means they weren’t too dissimilar! But given this whole plane is meant to be a simple deck asset for my King George V class battleships, this is more than good enough!

The Walrus has a hatch in the nose/bow, and another in the aft fuselage. These hatches were used during various operations such as mooring, sea rescues, etc – and also for defensive purposes. Both hatches feature a machine gun track mount, to which a Vickers K machine gun can be fitted.

The forward hatch is a fairly circular plate, hinged across the centre and retained from inside. This would simply be removed and stowed inside the aircraft when it needed to be opened. The aft hatch is a much more elaborate affair, with glazing and the ability to slide forward out of the way.

I chose not to detail the forward hatch in any way (although the internals are present). For the rear hatch, I modelled everything I could see. I rigged this hatch, so I can easily control its position and configuration for ease of posing.

I completed the forward landing gear in Part 1, but left the tailwheel for later. Earlier Walruses did not have a true tail wheel fitted. Instead, there was a robust water rudder, intended to act as a simple skid when landing on a landing strip. A small metal wheel was inserted into this skid in order to protect the flight decks of aircraft carriers.

Later versions of the aircraft had fully-fledged pneumatic-tyred tailwheels. A good example of this can be seen on HD874, preserved at the Royal Australian Air Force museum, near Melbourne. Most in Fleet Air Arm service during the war appear to have been of the earlier type. Importantly, this includes those carried by the KGVs, so that is what I have modelled here.

Other details added in include the tail plane struts and various other small details. The rudder, elevators and tailwheel/water rudder are all fully rigged, and controlled by sliders for easy posing.

Easily the most significant bit of work in Part 2 is the Bristol Pegasus 9-cylinder radial engine. This proved to be a small project all on it’s own, but the detail in them makes it worthwhile in my opinion! There are a fair few examples of this engine in various museums, so references were not too hard to come by.

I did not model the rear of the engine properly, since it will not be visible inside the nacelle pod that houses it. Materials (as with the rest of the plane) are rough placeholders for now.

There are of course numerous small details scattered all over the plane, from the bombs carried under each wing (fitted here are a pair of depth charges for anti-submarine operations, and four practice bombs on each wing).

Various eyebolts, shackles, ropes and even mooring bollards on the nose finish off the flying boat look. The Supermarine Walrus may not have the sexy looks of the Spitfire, but there is a certain appeal about her all the same (or I’ve been looking at it for too long!)

The next stage will be unwrapping everything and getting the materials sorted out. There were a few camouflage schemes employed on the Walruses as carried by the various ships of the KGV class, but I shall most likely limit it to just two variations. I’m rather tired of this subject at the moment though, so I will work on something completely different before I get all that done. Hopefully it won’t be another year before I update this again though!