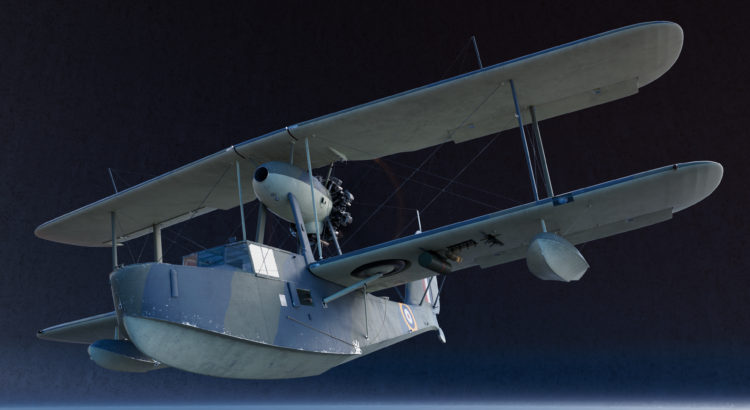 So back in Part 2 of my Supermarine Walrus project, I optimistically thought that the modelling was finished… of course as soon as I had finished unwrapping ready for texturing, I changed my mind! As the main use for this plane is likely to be sitting on the catapult of HMS King George V looking pretty, I had decided to keep overall texture resolution to a modest level. This did not allow for rivets and panel details to look as good as I wanted, so I decided to add them in as geometry instead. Fortunately this didn’t take too long as there are some decent reference photos for these planes available on the internet these days!

So with that out of the way, and the unwrapping redone I moved the model over to Substance Painter and put together the maps for two different aircraft. I selected P5710 first, as there are a few photos of this plane on board King George V during 1941, so I had some idea of the camoflague scheme. For the second, I eventually settled on W3100. There are no photos of this unit that I’m aware of, but from what I can tell it was at different times assigned to both King George V and Duke of York, so an ideal choice for my needs.

I often get to this point, run off a handful of final renders and call it done. This time I decided to push things further and make a short animation. This then turned into a somewhat longer video to show off the most interesting features of the plane. Enjoy!

You can also view this on my ArtStation profile!