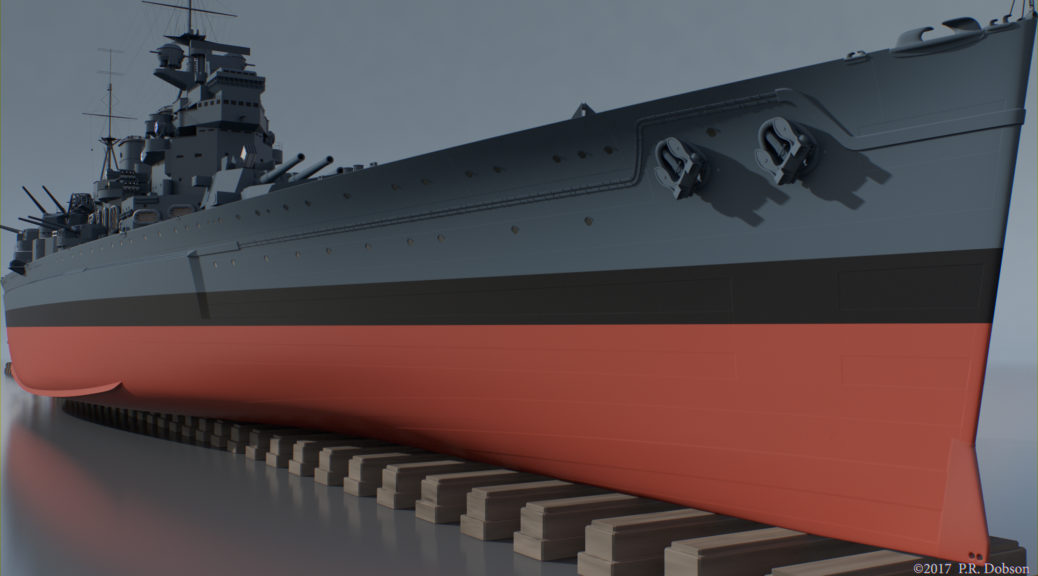 I started working on this model of the British battleship HMS King George V way back in 2004. To be fair, I considered it finished, excluding textures, sometime in 2006. However, I never quite did get around to making those textures! A mere nine years later, in October 2015, I decided to try and finish it. Nine years is a long time. Computers are more powerful, and my skills have improved. I could not simply ‘finish’ the model, as originally planned….