So when I said I wasn’t going to be reposting old stuff, that wasn’t entirely accurate. For whatever reason, there are some things that I never got around to posting to my old site. I am going to drop a few of them in here – starting with the Cardassian Galor class ship, and its bulkier cousin, the Keldon class (from Star Trek: The Next Generation and Deep Space Nine). I made these way back in 2008.

You can see the original Galor- and Keldon-class models at Memory Beta (here and here).

First up, the basic and more famous version. This ship first appeared in an episode of The Next Generation, although was a much more frequent sight in DS9. It’s quite a boxy design, but there are elements that break that mold, such as the protruding bridge module. This appears to have a sloping deck on the original model, which I have retained. Most people seem to try and ‘correct’ that detail, but my aim was to make this as accurate to the original as possible. 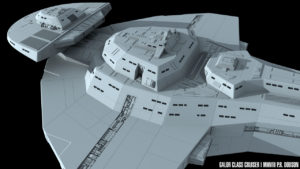 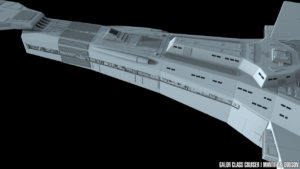 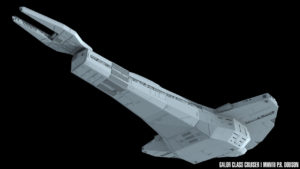 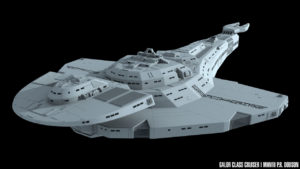 I remember getting quite stuck in with the texture job on this one. I made it as close to the original physical studio model as I could. 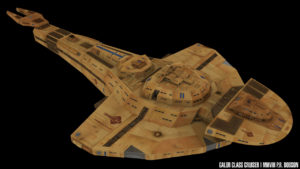 This is essentially just the Galor with a few extra pieces attached. It only appeared in a handful of DS9 episodes, if memory serves. Although it doesn’t look totally ugly, I do think that it spoils the elegant simplicity of the original design. But since there are only additions to the model, there was no reason not to go ahead and create these extra parts. 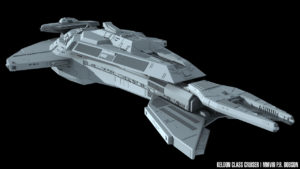 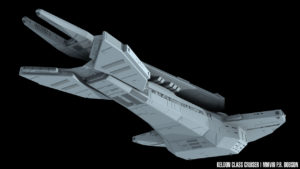 And the Keldon with textures applied; again I had some good reference photos to work from, so this is pretty close to the original shooting model. 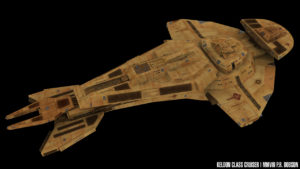